Always focus on building a connection with people

A connection is based on sharing of an emotional experience with another person. This means when you’re talking to someone, you share stories about your life, you ask them about theirs. Find out what commonalities you share, what your passions are between the two of you (this allows you to pursue these passions together and bond over them), and figure out what the two of you want out of life, and see if there’s some way you can use the power of helping to multiply your power and help each other achieve your dreams together, and create something you’ll be able to look back on with happiness. 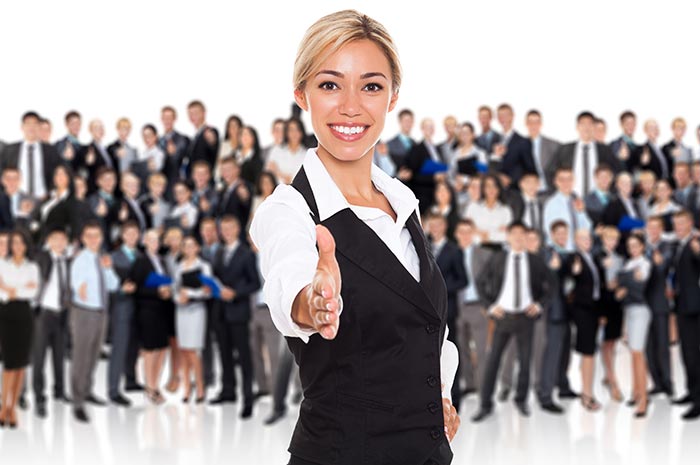 Remember that we’re all the same, yet very different

Every person is a unique individual, and you want to find out who’s underneath the skin and bones, because everyone you meet will have had a unique set of experiences that you didn’t, and will have learned things from those experiences that can improve and make your life a better and happier place to be in, and what you learn from other people can also be passed down by you to benefit others.

Remember that you have something special to offer

Just as we can learn from others, you too have had a unique set of experiences. And once you get in touch with your core self, embrace who you are, and become comfortable in your own skin, you can appreciate that you’re a unique individual who has a lot you can give the world that other people can’t, and you can focus on using what you’ve been given to create something great for the world that no one else could possibly create—something that is 100% an expression of YOU.

Leave something good behind everywhere you go

You don’t want to just be born and die. Because, ultimately, when you’re gone, what you’ve left behind is the only thing that is going to give your life meaning.

Be moderate in forcing life

This is something I’m very passionate about, and I know this can be hard to accept sometimes when things look like they’re at their worst in the moment… but the truth is we can’t see the “big picture” of how all circumstances are going to turn out, and we can’t truly know if a situation was bad or good in the greater scheme of things, until we see where it leads us down the road.

Never try to control other people

All too often we like to say “if he did this I wouldn’t be so miserable” or “if she did this I would be happy”… but the truth is you can only choose to move your own arms and legs, you can’t control other people’s behaviour, and you can’t expect other people to do things just to make you happy; if you’re not happy within, nothing on the outside is ever going to make you happy.

If you watch people, you’ll constantly see people criticizing others for things they say or do, when in reality the people doing the criticizing are equally imperfect, and have faults in other areas that are equally bad, yet they try to convince themselves they’re somehow superior to others because they look at the world a certain way. Remember that we’re all human, and that you have flaws, which means you don’t have the right to believe you’re superior to others in any way. Additionally, judging others only spreads hate and bad karma, and that’s not something we want to add more of to the world.
Remember that the key to doing anything is having a simple awareness of how to do it, and that if you can do just one thing that makes a positive impact on another person’s life, then do that one small thing with the next 100 people you meet, you’ve just brightened up the day of a hundred people.

Life can be wonderfully complicated. We all have times when we are frustrated, afraid, or just unsure of where to go next.